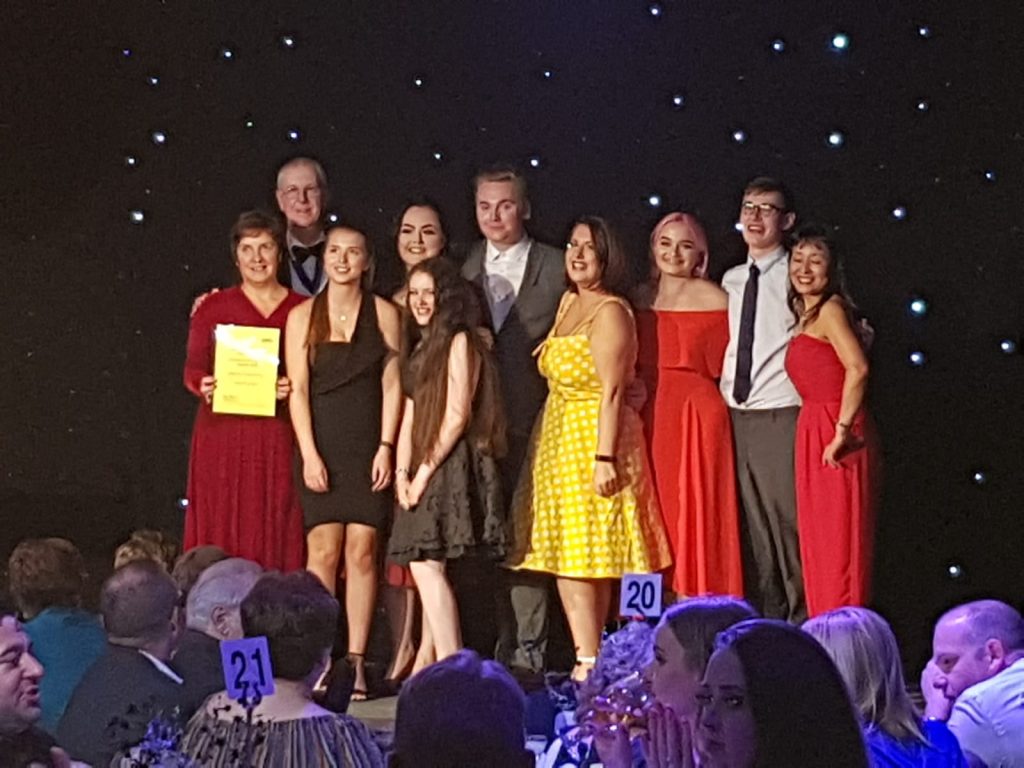 A fabulous time was had by all last night at the 2018 NODA Awards which was attended by several cast, crew and Committee members, including ‘Marcel’ the donkey from our ‘Aspects of Love’ production.

We are delighted to announce that the Group won a ‘Production Award’ for ‘Aspects of Love’ and was nominated for the ‘Councillors Youth Award’ for the same production.

Cameron Burgess was nominated for a ‘Youth Award’ for his portrayal of ‘Queen Cruella’ in our 2017 pantomime ‘Snow White and the Seven Dwarf’s’ and Rebecca Charlton won the award for her portrayal of ‘Rose’ in ‘Aspects of Love’! 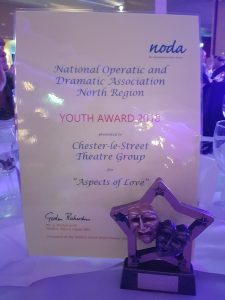 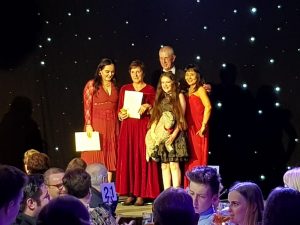 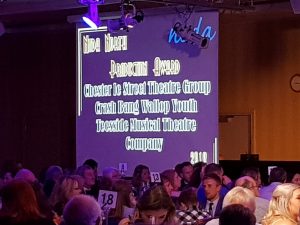 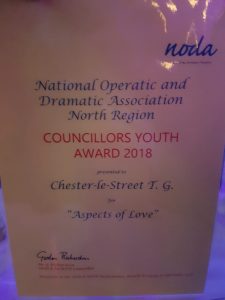 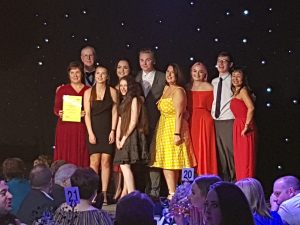 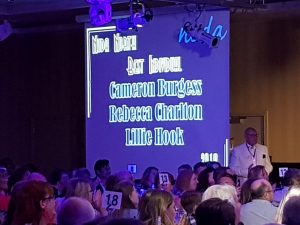 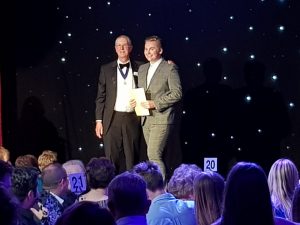 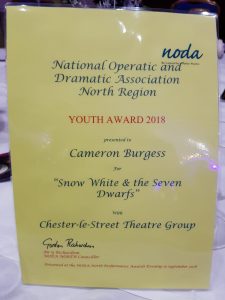 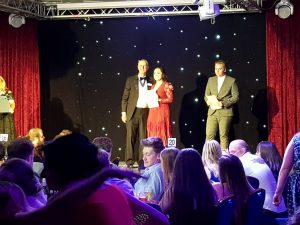 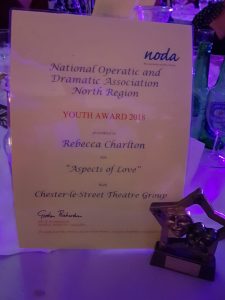