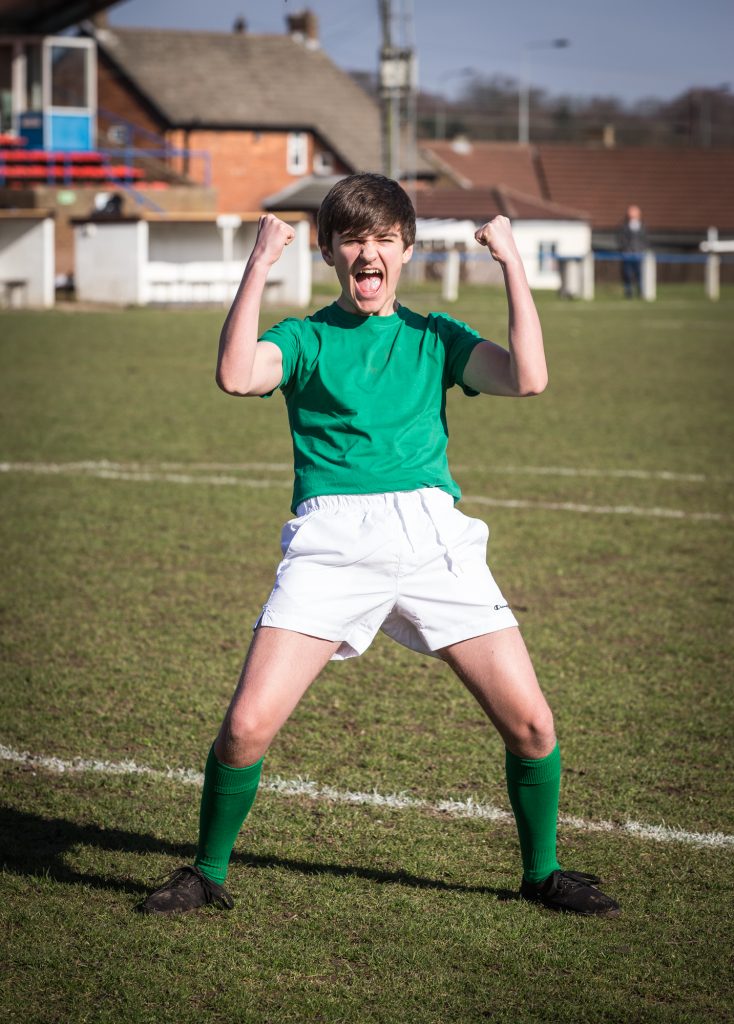 “…… I was very excited at the prospect of playing such an emotionally complex and challenging character such as Ginger, his back story and ultimate murder are crammed with emotion and as I have never played such an interesting character with such an emotive history I was saw this as a huge opportunity……”
“…… Ginger, through nervousness and passion displays his love of football and his joy of being with friends. Throughout the show he struggles with his deep and consuming feelings for Bernadette, hiding them as best he can, expression of his feelings comes as a difficult journey for Ginger yet he is deep down a caring and gentle lad……”
“……. The Beautiful Game embraces the underlying theme that war, death suffering & struggle are not the way forward and that even today we see the same problems as we saw in Northern Ireland at the height of the unrest. I would encourage the characters and audience to “Keep an Open Mind” throughout the show. I enjoy the scene with Daniel as it depicts 2 normal lads singing through a drunken haze as they walk home – a normal every day occurrence for young people the world over……”