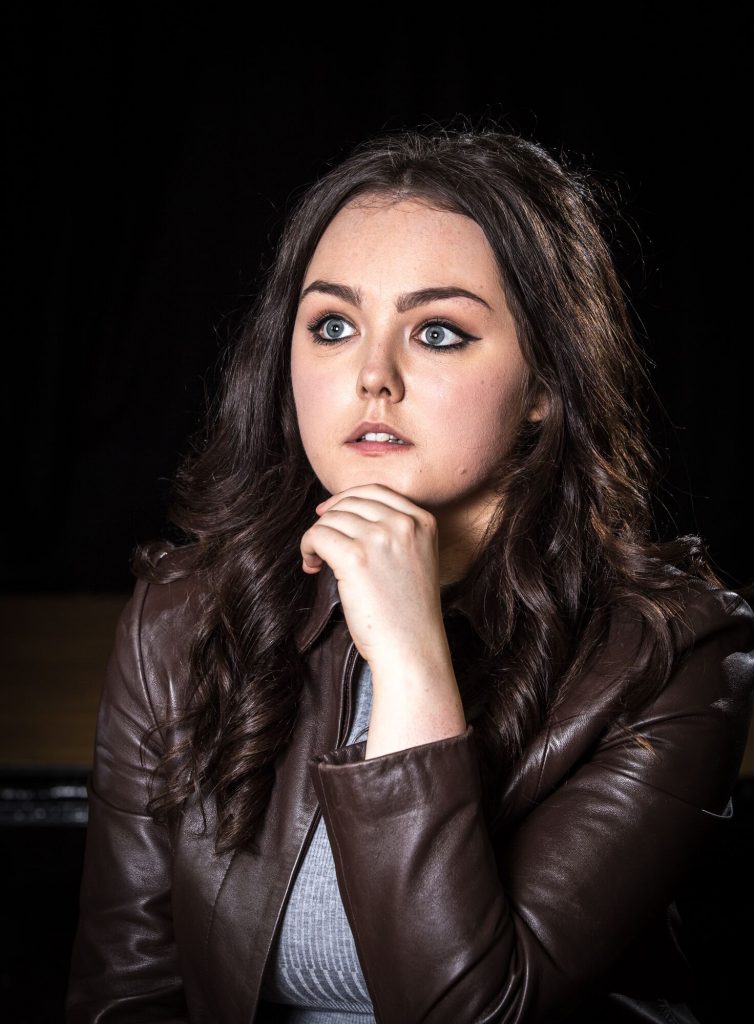 “……I was excited, scared and honoured to be cast as Christine, a principle in what is turning out to be an incredible show. My character is not only bold and brash but has an incredible sense of “Right” & “Wrong”. Christine is opinionated but still deeply affected by the violence and death that she is suddenly very aware of in Ginger’s murder……”
“……I am acutely aware that fighting doesn’t solve anything and also that corruption exists in most societies throughout the world. The troubles posed by the sectarian approach of Belfast in the time that the show was set and the religious violence and murder of present day can be can be viewed from a similar viewpoint…..”
“…..the show is a portrayal of a reality and helps you understand the true tragedy of the story that was sadly all too common. I can embrace the freedom eventually achieved by Christine & Del leaving for America in an attempt to escape the tragic emotions of the world they were growing up in…..”