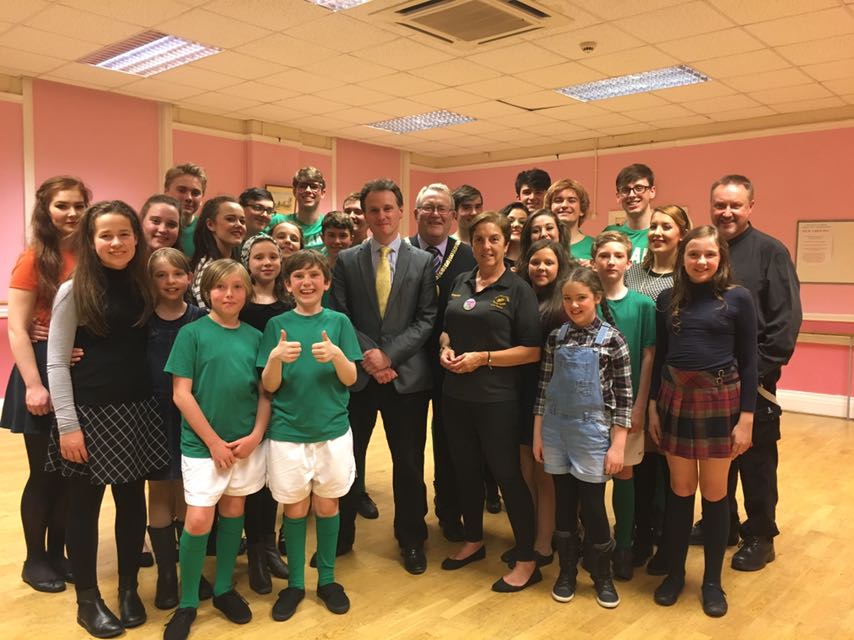 “Several members of the principal cast, the Director, Musical Director, Stage Manager, Secretary/Props Manager, Life Member and Theatre Group Committee attended the NODA awards ceremony which was held last month at The Gosforth Park Hotel.  We were thrilled, and very excited to win all five awards that we were nominated for, which included three district awards.”

“I discovered the musical score for “The Beautiful Game” some years ago and loved the music and story that it evoked.  As a teenager I can remember the news broadcasts of these troubled times and think it is part of history that our young people should be aware of.  Sadly we still live in troubled times but under a different threat.  Conveying the emotion and hatred to a young cast were difficult at times but I used no filter in these scenes and I was immensely proud of the characterisation skills they portrayed.

This production is not a traditional show for amateur theatre and even less for a youth group and to my knowledge has not been performed in this district before now.  I love a challenge and enjoyed every minute of this production and I am extremely proud of the recognition of its achievements”.

More details on awards won and quotes from NODA:

Youth Production Award – Chester-le-Street Theatre Group “for putting together a superb piece of theatre which I am sure will be remembered by both the audience and performers for many years to come”.

Councillors Youth Individual Award – Rebecca Charlton “for superb vocals, fine diction and chutzpah shown, melded with vulnerability to produce one of the finest performances I have seen this year”.

Councillors Youth Production Award – Chester-le-Street Theatre Group “The perfect blend of all aspects of theatre from staging and set, choreographed movement, wonderful story brilliantly portrayed and above all well cast and magnificently executed”.

Councillors Individual Performance Award – Peter Lynn “A truly spectacular, powerful performance from a person showing their versatility in a role that few could pull off convincingly due to the extreme parameters of the role.  Alien concept for one not old enough to have lived through the troubles”. 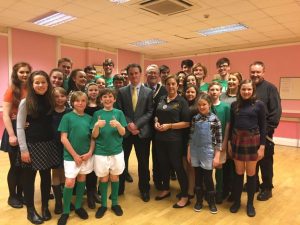 Pictured: The cast of “The Beautiful Game” along with Robert Berry (Really Useful Group), Julie Dryden (Director) and the Mayor of Durham.